Interview with Don Price of Son of Houston-Con: Part 1

When I saw there was going to be a Son of Houston-Con IV for 2019, I knew I'd be going. I thoroughly enjoyed the 2017 edition and wrote about it. Not only did I get a chance to chat with the organizer, Don Price, but I got to meet Roy Bonario. He was the owner of Roy's Memory Shop, a fixture in the Houston fan community for decades.

But I didn't really have a chance to capture my conversation with Mr. Price. I know we talked about the early days of the original Houstoncon and the fan community here in Houston, but I didn't write down anything. Historian though I am, I can't memorize everything.

Cut to 2019 and the news of the upcoming con. One of my SF book club members emailed me last week asking if I'd be up for attending Son of Houston-Con IV. I said I already was and I sent him the link to my 2017 review. I mentioned I was interested in interviewing Price. I had a list of questions. I shared the list with him, and he made some tasteful additions. Then, literally throwing the Hail Mary pass, I emailed Mr. Price asking if he'd be willing to conduct a written interview ahead of the convention.

Bingo! He said yes. But I didn't expect the treasure trove of knowledge I got in return. Seven pages worth of content.

So much wonderful content that I am breaking it down over three days, starting today. Tomorrow we discuss the Son of Houston-Con conventions he has put on (this is the fourth), the challenges involved and the 2019 guests. Friday is a special treat as Mr. Price writes about fandom in Houston over the past sixty years.

But we start today with Don Price's origin story, what it was like attending that first Houstoncon back in 1967, and the other thing that takes up his time. Hint: it isn't comics, but it's so much cooler! 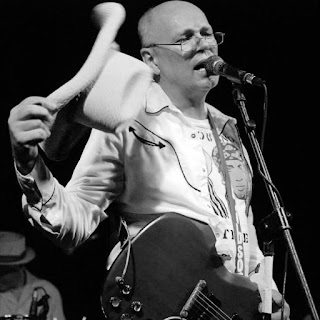 My Motto is: “These ARE the good old days!

What is your personal origin story?

I am an Air Force brat. My dad was a B-17 combat pilot in World War II and he stayed in after the war as a career. By the time I came along—the last of four sons—he was flying the hydrogen bomb for Curtis LeMay’s Strategic Air Command. I got to crawl around “His” B-47 and sit in his pilot’s seat and see the safe where the launch codes were stored.

When did you get into comics? What attracted you to them? What were the titles that you grew up on?

My brother, Mark, gave me a stack of comics when I was around 7 or 8. There were some I really liked: Amazing Spider-Man and Fantastic Four. Then I got shuffled off to Baytown during summers, where my grandmother lived. There was Will’s Pawn Shop with tremendous piles of comic books for half the cover price. I really started to fill in some gaps in the collection then. I also got my first electric guitar there, but that’s another story.

What was fandom in Houston like in the 1960s?

I was introduced to the Houston Comic Collector’s Association by an elementary school friend. It was already established by the time I got there, but the early meetings were at a Methodist Church (which is still there) on Gessner at Memorial. Then they moved to the downtown YWCA and my mom drove me to a few meetings there. When I heard about conventions I was beside myself with excitement.

How did the original Houstoncon begin?

In 1965, the first meeting of the Houston Comic Collectors Association was held. With only word of mouth, a small but dedicated group of people showed up, including Larry McMurtry. Fandom in Houston was born.

The first official Houstoncon occurred in June 1967 at the Ramada Inn on I-45 and Allen Parkway. Like a justice league of comic enthusiasts, a group of store owners and collectors, including Roy Bonario, Mark Schooley, Jerry Poscovske, Early Blair, Jr., and Glenn Kessler, hosted the convention. Numerous collectors arrived, including some from Dallas, Oklahoma, and California. There was a screening room where western and science fiction movies were shown all night long. For only a dollar, 124 fans attended the first Houstoncon and fandom in Space City had a name.

Do you remember any of the movies?

All of the movies shown were classics and you have to remember this was BEFORE videotape or any other kind of video on demand. So they ran movies like “Sherlock Holmes-The Hound of the Baskervilles” and serials. I remember “Mighty Joe Young,” the sequel to King Kong. The first time I saw “Island of Lost Souls” was at a Houstoncon.

There were usually two screening rooms and it was a toss-up to decide WHAT to go see. Usually they were different genres. One might be screening 40s and 50s cowboy movies and the other monster or Sci-Fi movies. And they would screen a cartoon or a Three Stooges short just to break things up. And the screening would continue until way past the dealer’s room(s) closed. The movies were shown with the projector clattering away in the back of the same room with just rows of folding chairs.

I remember getting out of a movie around midnight at Dunfey’s Royal Coach Inn (on 59 near Bellaire Blvd. Picture here.) and getting on my bicycle to ride home and heading the wrong way out Westpark. I had the books I had bought in some sort of shopping bag and when I realized I hit at end of Westpark at Fondren and had to turn around retrace my trek I just laughed.

How did someone go about getting an actual reel of film? Was it Channel 39 or something else?


There were dealers in old 16-mm films the same way there were comic book or record dealers. I remember seeing stacks of them at Roy’s Memory Shop.

Channel 39! One of the big three channels BEFORE there was more than just 2, 8, 11, and 13 would run great movies Saturday during the day and then again later Saturday night BEFORE the midnight sign-off. That was my introduction to Laurel and Hardy, the Marx Brothers, W.C. Fields and Basil Rathbone as Sherlock Holmes.

Did you have access to the 1940s-era serials of Superman, Captain Marvel, Captain America, etc.?

This is your BEST question yet! Another EVENT that a lot of early fans fondly recall was Earl Blair arranging to screen the entire Captain Marvel serial in one sitting at University of Houston’s Loft Theater in the E. Cullen Building. It went on until after midnight and it was amazing how many of us were there.

Do you remember some of the other properties involved? Star Trek had just finished its first year. Was there an immediate love Star Trek?

Yes! But there was no video tape or cable or re-runs. So it was a treat when an episode could be shown at a convention. Harlan Ellison wrote one of the best episodes ever and he came to an early Houstoncon. Ellison, unfortunately, thought that Star Trek had butchered his story so he was not the most gracious guest. But I was too bashful to even approach him to discover how obtuse he was.

What process did people use to keep, store, and protect comics in 1967? Were the comics bagged at this time?

When you organized the first cons, was there a sense of a fan community or did you feel like you were putting something on for your friends and just hoped other would enjoy as well?

During the early years fans tended to gravitate around shops or book stores that sold back issues. Northside Book Emporium was sort of a full range bookstore, but it was too far away for me. The place to be was Roy’s Memory Shop when he opened up on Bissonnet. It was a triple threat because he sold comics, movie posters as well as 16mm prints, and rare records. On Saturdays they would screen movies in the backroom and it was a big deal when I was invited back to watch movies.

In the early Houstoncons and comic collecting, before the Overstreet Comic Book Price Guide was published, how did vendors and sellers go about determining what something was worth?

Setting a price on comics was by gosh and by golly—what the market would pay and what the seller would let it go for. I remember paying WAY too much for a Fantastic Four #2 from a neighborhood kid BEFORE I knew about the HCCA. I paid $12 for it and it had tape on the spine. But not having access to fandom at that point, it seemed like the only way I would ever see it again. It turned out all right because I traded it for more a few years later, but who could know, at that point?

One of the legends was the night Ken Donnell paid Glenn Kessler $100 for a copy of Batman #1. We were all shocked that a comic book could cost $100 and thought that Ken must be mad!

In an email to me, you mentioned you fly a World War II trainer in Wings Over Houston (and other events). How did that come about?


My Dad was a B-17 pilot in World War II. I am writing a book about him because he had a really rough, and therefore interesting, time. He was on two of the most famous BAD raids to Schweinfurt, Germany, [on 14 October 1943] where the 8th Air Force lost 20 percent of its forces and the survivors were so shot up they had to slow down and rebuild the 8th Air Force. So I inherited my Mom’s eyes and didn’t go military. But I learned to fly locally and the next thing I knew I was a member of Lone Star Flight Museum.

Then I learned the Commemorative Air Force (CAF) had a B-17 project that was in trouble. Somehow I became the Wing Leader and we got it flying again, with the help of MANY great volunteers! That kept the plane in the Houston area, because it was in real danger of being “re-assigned” to any other unit that could get the job done.

Then I bought a 1944 Fairchild PT-26 military two-seat trainer. It was Royal Canadian Air Force, but the US Air Corps used them too. I proudly fly my plane in the “Trainer Parade” at Wings Over Houston every year I can keep it and myself flying. 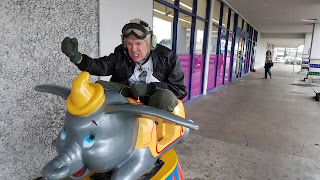