Over on today's post at Do Some Damage, I wax poetic and emotionally about "Toy Story 3" and the place characters have in storytelling. Check it out.
at June 26, 2010 2 comments:
Email ThisBlogThis!Share to TwitterShare to FacebookShare to Pinterest
Labels: characters, Storytelling

In awe of the company

Am I allowed to convey how excited I am to be included in Volume 1 of the Beat to a Pulp anthology? If so, then I have to stand in awe the the company in which I find myself. Don't think this is going to be a killer collection? Just head on over to David Cranmer's The Education of a Pulp Writer and check out the table of contents.
at June 25, 2010 3 comments:
Email ThisBlogThis!Share to TwitterShare to FacebookShare to Pinterest

Thanks to all who wrote today. A reminder: anyone and everyone can join. Just let me know. 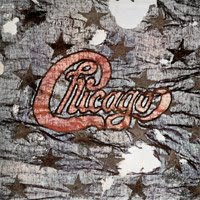 The consensus is mixed on III. Some fans love its obvious musical experimentation while others hate the mix or the overlong songs. In order to get my take on III, you have to know how I break down Chicago’s catalog. There were the Originals, that is all the music from 1967-1977, from their first LP (Chicago Transit Authority) through Chicago XI. In January 1977, original guitarist/vocalist Terry Kath (the soul of Chicago) accidentally shot himself. So, no matter how good Chicago would go on to become, there was always a tinge of loss and what-if.

Of the decade that I call the Originals, Chicago at Carnegie Hall (usually given the moniker IV) marked a natural break. After IV, Chicago released its first single LP, the phenomenal Chicago V (1972), which walked the tightrope of long pieces and radio-friendly shorter songs (“State of the Union” to “Saturday in the Park”). Chicago VI (1973) was more even more radio-friendly (“Just You n Me” and “Feelin’ Stronger Everyday”). By the time Chicago VII (1974) was released--the band’s last double-LP to date--Chicago had become a radio-friendly band. How did the seven musicians of the band know this? Lots of fans dismissed LP #1 of Chicago VII, which had long instrumental tracks with more musical experimentation. LP #2, showcasing such classics as “Call on Me,” “Searchin’ So Long,” and “Wishing You Were Here,” got much more attention from the casual listener and radio. Fans who attended the concerts grew bored with these longer passages and Chicago learned from that. You could even make the case that it hamstrung them, but that’s a discussion for another day.

All this is to allow me to put Chicago III in context. While LP#1 of Chicago VII was their attempt to *return* to their experimental time, Chicago III was made when they were in the *middle* of it. You can tell they didn’t care about song lengths because they made three suites of music (a longer piece of music broken up like traditional classical compositions). And with four sides of music, only side 1-LP 1 contained no suite. In their minds, they were creating extended musical statements, not necessarily extended solos.

Chicago III was, to my mind, the last record they made *for themselves* until 1993’s great twenty-second album, Stone of Sisyphus. But, back in 1971, the guys of Chicago did whatever they wanted. Crosby, Stills, Nash, and Young-type song? Check: “Flight 602.” Classically-oriented horn piece? Check: “Elegy.” Environmental song? Check: “Mother,” a fascinating horn piece where trombonist Jimmy Pankow solos alongside…Jimmy Pankow. In the live version, all three horns solo in a chaotic style meant to evoke pollution. (According to my wife, they succeed.) Latin-inspired number? Check: “Happy Cause I’m Going Home,” a wonderful, mostly instrumental piece with an extended flute solo. Social commentary? Check: Elegy, the Travel Suite, and Robert Lamm’s reading of “When All the Laughter Dies in Sorrow.” Killer guitar solo by Terry Kath? Check: "Sing a Mean Tune Kid," a nine-minute track often expanded to fifteen in the concerts of the time. A couple of radio-friendly pieces? Check with “Lowdown” and “Free,” the latter of which includes one of the best horn breaks in all of Chicago’s oeuvre.

And then there's that album cover design of the logo. It evokes life in America during the final years of Vietnam, tattered, tarnished, but still flying. The album insert had all seven band members dressed in various military uniforms posing in Arlington National Cemetery.

How do I rank III? While I have never ranked it among my Top 5 favorite records (CTA, II, Stone of Sisyphus, V, 17), it is in the top 10, usually jockeying with VII for positions number 6 or 7. In short, Chicago III has a little bit of everything. Some consider this diversity to be the album’s undoing--there are other, more streamlined and precise LPs, even in the early catalog. I agree. Chicago III is a bit untidy. To me, however, that is one of its graces.
at June 24, 2010 4 comments:
Email ThisBlogThis!Share to TwitterShare to FacebookShare to Pinterest

Welcome to the June 2010 edition of the Forgotten Music Project. Inspired by Patti Abbott's Forgotten Book Friday series, here we examine music that has fallen off the public's radar or other music that never made a blip. We're doing this on a once-a-month basis, the last Thursday of every month. Aside from my own entry, here's today's line-up:
Patti Abbott

Hello all. This Thursday, 24 June, is the June 2010 edition of the Forgotten Music Project.

By now, I've collected some regulars. Here's the deal: I'll post links on Thursday to everyone who posted in May. If you have the time, great. If you can't make it, you can either let me know before Thursday (and I'll remove your name) or not not (whereby readers can jump to your blog and read your latest entry). If you want to join and you haven't posted before, just let me know and I'll get your name on the list for Thursday morning. As usual, I"ll do a summary at the end of the day.

Looking forward to everyone's entries.
at June 21, 2010 9 comments:
Email ThisBlogThis!Share to TwitterShare to FacebookShare to Pinterest

(This is the June 2010 entry in Barrie Summy's Book Review Club. For the complete list, click the icon at the end of this review.)

Reading Stephen J. Cannell's The Pallbearers was like being introduced to an old friend for the first time. Even if you don't know Cannell's name, you know his work in television and movies. Here are just a smattering of the shows he's created: The Rockford Files, The A-Team, The Greatest American Hero, 21 Jump Street, The Commish. The list, over at IMDB, is long and worthy of admiration. It's even landed him in a couple of cameos in the television show, "Castle," where the main character plays poker with Cannell, James Patterson, and Michael Connelly. Throughout all these years, however, I've never read one of Cannell's novels. With the publication of his most recent book, that has changed.

In reading The Pallbearers, I broke one of my reading rules: never start a series with any book other than the first one. The Pallbearers is book nine of the Shane Scully series. I toyed with the idea of starting with The Tin Collectors (book one) but decided against it. If I enjoyed this latest book, I'd return and read the earlier books. Shane Scully is a LA homicide detective working in the elite squad, the one that handles all the high-profile cases. He's married to Alexa who just happens to be his boss down at the station. As the story opens, they are packing for a two-week trip to Hawaii when the phone rings. Walter "Pop" Dix, the director of the orphanage where Scully spent twelve years of his young life, has been found dead. Suicide. And Pop has requested Scully to be one of his pallbearers. Good-bye Hawaii.

The other five pallbearers are all former residents of Huntington House. Each owe Pop their lives but each, for their own reasons, turned their backs on Pop as they grew up and left the House. Now, each of them must come to grips with Pop's death. Knowing the only father figure as they do, they all don't think Pop would have killed themselves. Grudgingly working together, they engineer a second autopsy, looking for any shred of evidence to overturn the coroner's findings. With a ruling of suicide, Huntington House won't get the half million dollar insurance check from Pop's estate. The second autopsy finds the one thing that sets this unlikely group of six orphans on a quest to avenge Pop's murder and come to terms with their own upbringing and lives.

The crime genre is littered by a bunch of single people who find partners throughout their adventures. As such, I was pleasantly surprised at the relationship between Shane and Alexa. They are a loving couple who have each other's backs at all times. They love each other, as Shane's first person narrative constantly reminds the reader. It's refreshing.

Shane, as a main character, is your typical cop. He's brash where Alexa is a rule follower. He wants to squeeze out the other pallbearers since he's a cop and they are not. He likes to go it alone and it gets himself in trouble more often than not. Nonetheless, I found his storytelling (Cannell's really) clean and precise. Shane is just a guy--an elite detective, yes--but just a normal guy. No overuse of profanity to make him appear tougher, no keeping secrets from others (he always "fills in" the group after he learns something), and no over-the-top gunplay. For all the unrealness that a work of fiction brings to the table, I found Shane and Alexa to be real cops.

The pacing of the book is another nice break from other crime and mystery stories, both on television and in books. I'm generalizing here but basically, you've got the thriller-type stories (with lots of action and violence), traditional mysteries (where very little action happens), and the blend show. The Pallbearers was definitely a blend. It was a slow-burn story where, frankly, the mystery wasn't all that compelling, that built to a pretty cool showdown finale scene. What drove the mystery at the beginning was Shane's guilt over abandoning Pop Dix and how that guilt drove him to keep digging. There was just enough interesting questions to keep turning the pages (or listening, as I did via the file from Audible.com by the always reliable narrator Scott Brick).

I enjoyed the Pallbearers and will certainly read more Shane Scully novels, not necessarily for the stories themselves but for Shane and Alexa. I thoroughly enjoyed their relationship, their love and devotion for each other, and their "realness." As someone who enjoys reading and writing larger-than-life characters (think: Gabriel Hunt or Doc Savage), I found a certain resonance with normalcy of the Scullys. It's the same reason I enjoy Christopher Foyle, from the BBC's "Foyle's War," so much. The character isn't super. He's a normal guy just doing his job. His job just happens to be collaring criminals and turning over rocks. That Scully found happiness in his life despite his bad start is what makes him super.