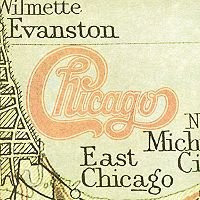 If you really stop and think about it, listening to Chicago XI can be difficult. You see, the album was released in September 1977. Four months later, Terry Kath, original guitarist and the soul of Chicago, died from an accidental self-inflicted gunshot wound. Chicago has not been the same since.

Why is it hard? Because during these sessions, these guys really tapped back into what made them a unique band in rock history. They were not the band that exploded on the music scene in 1969 with Chicago Transit Authority. They had aged, evolved, and assimilated newer types of music into their overall sound. They had gone from progressive artists willing to experiment to a band that regularly produced Top 40 hits at a rapid pace. And then there was “If You Leave Me Now.” For all the longer, experimental, complex musicianship Chicago had demonstrated on their first nine albums, their first #1 hit was a simple ballad. How’d that happen?

Many bands, authors, movie stars, just about anyone who make a hit are quite willing to keep repeating said hit over and over. They think “Well, if it worked once, it’ll work a thousand times, right, and the public will just buy it over and over again.” To be sure, Chicago had moved away from the longer songs into shorter, radio-friendly tunes. But if you take Chicago XI as a response to “If You Leave Me Now,” you will discover that they were not going to keep producing the same song over and over again.

Not that “If You Leave Me Now, Part 2” isn’t there. It is. It’s track 2. But you have to get past one of Chicago’s killer tracks first. The opening track, “Mississippi Delta City Blues,” opens with Kath laying down a shuffle riff on guitar that Peter Cetera (bass) and Danny Serephine (drums) picks up on. In one of Kath’s more personal moments on tape, as the song kicks in, you actually hear him laughing. Many folks have postulated the meaning of the laugh. The general consensus is that Kath is laughing in pride at how kick-ass this song is. And for it finally to get on tape. They had been playing this song for years. An early version of it shows up on Live in Japan and as a bonus track on the Rhino re-issued Chicago V. I’m glad they waited.

The horns are fat, in your face, and all over the place. Kath’s guitar is funky and always present. You can just feel the swamp humidity when listening to this song. During the horn break, the blues feel makes way for a straight-ahead rock tempo and Kath changes his guitar sound to a traditional rock distortion vibe. You listen to this song in headphones and you can really hear all the rhythm guitar activity Kath is playing. It’s remarkable. By the end of the song, you, too, are laughing in pride. They nailed it.

“Baby, What a Big Surprise,” is, basically, “If You Leave Me Now, Part 2.” Strings: check. Acoustic guitar: check. Horns that are there but not in your face: check. Peter Cetera’s high tenor: check. It’s a good song. Cetera can write these ballads as good as anyone out there. It blasted up the charts. But it helped to solidify in the general public’s mind that Chicago was a ballad band. True, “Colour My World” (1970) was the first wedding song Chicago produced but it was the twofer of IYLMN and BWABS that pidgin-holed Chicago. And they ran with it in the 1980s. (See earlier comment about artist doing the same thing over and over again.)

“Till the End of Time” is another example of ‘give the mic to a horn player’ syndrome that took hold of Chicago in the 1970s. In one sense, it’s a sign of a willingness to experiment and that’s a good thing. But, when you realize that James Pankow (trombone; singer of “Till the End of Time”) and Lee Loughnane (trumpet, singer of “This Time”) and Cetera all have one song apiece out of a ten-song set, you might interpret that as another reaction to the success of “If You Leave Me Now.” Keep Cetera down. I’m not saying that’s what happened but you gotta believe that there might have been a few unrecorded Cetera tunes left in the vaults that could have made the cut above this song. What makes “Till the End of Time” important is the ending: Kath’s lead guitar makes its first appearance. Kath’s sound here, unlike his guitar sound in “Mississippi Delta City Blues,” is pure rock and distortion. It was a preview.

Robert Lamm makes his first vocal appearance on Chicago XI with track 4, “Policeman.” In another sign that these guys were mellowing as they aged, this is the same Lamm who put sound clips of protesters chanting outside the 1968 Democratic convention. Now, eight years later, he’s singing the virtues of law enforcement. Good, simple tune and one of the few times after their early period where a horn lays down an improv on tape.

The other main hit from Chicago XI was “Take Me Back to Chicago” and it rounds out what was side 1 of the LP back in the day. Danny Serephine co-wrote the song and it was a loving, wistful look back at the good old days in Chicago. Not unlike Chicago VIII’s “Old Days” but a lot less sappy. Lamm sings this one and his mellow voice really adds to the sepia quality of the lyrics. Another brushstroke added was Chaka Khan’s vocals. The Pointer Sisters hold the distinction of being the first female singers to perform with Chicago but Khan, here, gets a chance to belt it out. The closing sequence, underlined by a constant loop of the chant “take me back” is not unlike John Coltrane’s “A Love Supreme” where he does the same thing. Here, Khan lets loose while Lamm ‘preaches’ about all things Chicago. It’s a great song, one that was butchered during the editing process to make it palatable for Top 40 radio.

Side two opens with the third Lamm song in a row and a type of song that increasingly was left off of Chicago records: social message song. “Vote for Me” is a tongue-in-cheek riff on modern politics with Lamm acting as the candidate promising everything under the sun just to get elected. Granted, all of his promises are old-school Democratic ones but, then, that’s where Lamm comes from.

If any one song was a diametric opposite of “If You Leave Me Now,” it’s Kath’s “Takin’ It Uptown,” the second song on side two. The blistering guitar work that had only been hinted at during the first six songs exploded here. Incidentally, there is no brass in “Uptown.” Kath’s vocal stylings shine here, with him howling in places only to be answered by his own howling guitar. Listening to this track makes you pine for the rumored lost tracks Kath laid down in preparation for a solo album. Kath’s loss is felt most acutely here.

“This Time” is a simple, mid-1970s love song sung by the trumpet player. It’s got horns, a decent lead vocal, and that distinctive electric piano sound made famous by Billy Joel’s “Just The Way You Are.” What really makes this track stand out is Kath’s solo. With the hard rock guitar sounds still echoing in your ears from “Uptown,” Kath breaks out a solo that demonstrates his ability to script a solo. That is, with “Uptown” and other songs, you get the sense that Kath was merely improving in the studio. With “This Time,” Kath went for a feel, a mood, but not merely one. His solo is in three parts with three distinct guitar sounds and motifs. Remember, the mid 70s featured folks like Frampton, Tom Scholz (Boston), and others who were moving guitar solos forward in the wake of Hendrix’s absence. Kath showed on this solo that he could do it all, and in one extended sequence. Kath’s performance on “This Time” is one of his all-time best.

The album closes with a mini suite, the kind that made Chicago II and Chicago III so good. A short orchestral introduction (“The Inner Struggles of a Man”) segues into a Serephine-penned tune “Little One.” Serephine, a father by 1977, wrote this song to his kids explaining why ‘daddy’ always had to be away on the road, performing. Serephine wrote about his own longing to be with his family and his willingness to do anything for his kids. “Say the word and daddy will make it disappear.”

The song is wonderful, one of the best parent songs out there. The sentiments are common but easily conveyed in short couplets: “Don’t live in fear of the future/’Cause I will always be there.” The next verse explains why ‘daddy’s’ always away:

Oh my little one
Music is my life, I hope you understand
Traveling on the road with me you can see the way we live
Oh my little one
I will always cherish these days with you
As time goes by I hope you see the love I tried to give.

Finally, the last emotion is revealed: “Someday you’ll have your own little one/And you will always be there.”

Lyrically, the words shine. But what gives the song it emotional heft is that Terry Kath sings the song. He brings his soulful voice to bear on the joys of parenting and children. His own daughter was born the previous year so you know it was not too difficult for him to channel his own feelings. And they are plainly evident on the recording. During the ending vamp, Kath speaks things like “we’ll always be together” and “I love you so.” The strings fade and you are left with a pleasant smile on your face. It’s that good a song.

But then you realize that this is the last song Terry Kath ever recorded. Listening to it now, thirty-one years later, it’s heartbreaking to know that Kath would soon leave this world and his daughter. Knowing what we know now, it’s one of the most poignant songs in Chicago history, if not rock history.

Chicago XI is a milestone. It’s the last Chicago record with the original members. For all the success that came to them later, they were fundamentally changed by Terry Kath’s absence. Arguably, Chicago lost its soul when Kath died even though they did not lose their passion. His record as one of the best rock guitarist is laid out on the albums he made with Chicago. Perhaps some spirit was with the guys when they made Chicago XI because it’s a fitting ending to Kath’s career. It shines with the things we knew at the time—phenomenal guitar abilities, soulful singer, good songwriter—and, yet, it leaves us wanting more. If you listen to Kath progression as a guitarist from Chicago Transit Authority to Chicago XI, you witness a musician evolving, learning, and getting better and better. You pine for the lost opportunities, the lost music.

The music business, like any business, can drag a person down. The constant grind takes it toll on anyone. Some writers have said, in the years since, that Kath was unhappy in Chicago as his influence diminished as the sound of Chicago changed. Band members refute this. Kath loved music and loved Chicago. You could certainly interpret the lyrics of “Taking It Uptown” as Kath’ disillusionment with the music business or the band or even a premonition of his impending death. But I’ll point you in a different place that better demonstrates Kath’s approach to his life and music. Listen again to the opening seconds of “Mississippi Delta City Blues” and hear Kath’s chuckle as the song starts. Maybe he had some intuition of his demise. Whose to say? But that one chuckle says more to me than any lyric. To me, it’s Kath saying “Can you believe I get paid to have this much fun making music?”