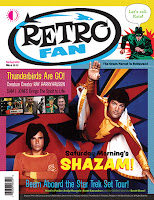 It's time for an encore!

Last month's new Shazam movie kicked off an entire month's worth of Shazam-related content here at the blog. You can click on "Shazam" over on the right or just search for "Shazam" in that search blank there on the right to get all the rest of them.

Today, I'm focusing on the latest issue of RetroFan. I think you can see why just from the cover.

As soon as I saw the new movie, I knew I wanted to revisit the Saturday morning TV show. The good folks at RetroFan knew it, too, and put out the latest issue to coincide with the Zachary Levi film.

The Definitive Article on the Series


Author Andy Mangels dives deep into the history behind the Filmation live-action TV show, produced by Norm Prescott and Lou Scheimer. If you don't know those two names, you will likely know the spinning logo that appeared on many a cartoon and live action show. 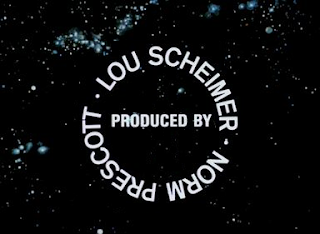 Heck, even some of the music you can hear in the old episodes is recycled. Nothing wrong with that, but it's kinda neat to hear the common musical cues show up in Shazam, Star Trek, and The New Adventures of Batman.

The thirteen-page article covers all aspects of the show: the original pitch, the casting, the re-casting of Shazam himself (Jackson Bostwick to John Davey), all the way up to the present. Star Michael Gray and John Davey will make an appearance at the Denver Pop Culture Con at the end of this month. It was a great read and well worth the $8.95 cover price alone.


P.C. Hamerlinck covers Shazam merchandise of the 1970s (Mego! and more), Ernest Farino has a fascinating look at Ray Harryhausen, and, for Star Trek fans out there, a Star Trek set tour.

This is my first RetroFan issue, but I can assure you, it won't be my last.

Here's the link if you want to pick up your own copy.
at May 03, 2019
Email ThisBlogThis!Share to TwitterShare to FacebookShare to Pinterest