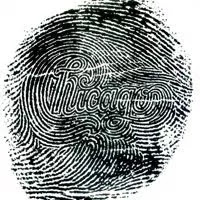 Chicago XIV is widely considered the nadir of the band’s fifty-one-year career. It was the album where Chicago hit a commercial rock bottom, but with a little tweaking, Chicago XIV could have been something else entirely.

After the death of founding member, guitarist Terry Kath, in early 1978, Donnie Dacus joined the band as lead guitarist and vocalist on their twelfth album (Hot Streets) and Chicago 13. Poor sales and changing music trends prompted the band to part ways with Dacus, hire Chris Pinnick on guitar, and record their next album. It tanked on the charts, yielding a couple of singles few people heard, acted as a harbinger of much of the band’s output in the 1980s, and was one of the main reasons Columbia Records severed their relationship with the band.

In the last year, however, I’ve been listening to the record again. Specifically, I’m listening to the 2003 remastered version from Rhino Records where three new songs recorded during the original sessions were added as bonus cuts. “Doin’ Business” was already available as the extra song on the Group Portrait box set (raise your hand if you bought an entire box set for one song) but “Soldier of Fortune” and “Live it Up” gave listeners a new peek into the studio circa 1980. Of all the remastered CDs back in 2003, XIV was arguably the best since you actually got new never-before-heard songs, including one (Live It Up) sung by Peter Cetera. It was definitely a thrill.

Comedian Jimmy Pardo (Never Not Funny) on Craig Smith’s SamePageCast 18 (Chicago for Beginners) examining the Columbia years of Chicago’s catalog basically called XIV a Peter Cetera solo album. He’s not entirely incorrect. On closer listen, however, and with a different track order, XIV could have been an underappreciated gem of an album. Would it have been a hit? Probably not. The songs are the same. The musical trends in 1980 were the same, but I’m considering this an interesting thought experiment by a long-time fan.

Side Two
6. Hold On
7. Overnight Cafe
8. Thunder and Lightning
9. I’d Rather Be Rich
10. The American Dream


The original album contained ten songs. The remastered version has thirteen. I decided to maintain the 10-song run time, five songs per side. I listened to all thirteen songs the other day and wrote the songs down on a white board. I color-coded the titles with red as an up-tempo song and green as a ballad. I added a “(B)” to note if the Chicago brass were prominent and a “(G)” for Pinnick’s guitar work. Chicago XIV is a Peter Cetera-centered album so I marked Robert Lamm’s songs with an “RL”. Lastly, I created two columns, a “Keep” and a “Discard.” The blue numbers are how I’d restructure the album. Here’s the screenshot.

My biggest problem with the original order is much the same issue I have with Chicago 30 (yeah, I’m using the number because I don’t want to have three Xs on my post): too many ballads next to each other. Chicago albums are best when there is a mix of tempos and styles. So even if you kept the original ten songs, they still should have been re-ordered.

So, without further ado, here’s my version of Chicago XIV.


Manipulation – This Lamm-sung tune is likely the closest Chicago would ever get to punk. It’s a strong opener and also serves as an excellent introduction (see what I did there?) to the prowess of Pinnick on guitar. This is a song you play for anyone who still thinks Chicago is only a ballad band. I contend that Pinnick’s solo is arguably the greatest non-Kath solo on any Chicago studio album.

Overnight Café – This mid-tempo cut, sung by Cetera, starts out rather minimally, but soon cuts into some more guitar fretwork by Pinnick. It would have served as a nice introduction of Cetera as the new main force in the band that could still rock (rather than original track 2, the ballad “Upon Arrival”). The opening and closing would have served as a bridge between Manipulation and the first true ballad on the record, Song for You.

Song for You – “If You Leave Me Now” may have been the harbinger of things to come in the 1980s, but Song for You was the prototype for all the Cetera-sung tunes of the decade. It’s a simple song, showcasing both Cetera’s lower and higher range. It’s clearly in the mold of “Colour My World” complete with the acoustic guitar playing a short solo. It’s a pleasant song and I’ve always enjoyed it, but not anywhere as good as what was to come on Chicago 16 and 17.

Thunder and Lightning – The single from XIV is sung by both Cetera and Lamm. It’s likely the most famous tune on the album. It’s a spare song, complete with a great guitar groove, slick horn arrangement, and both singers featured. Plus it’s got a trombone solo by James Pankow to close out the tune. The original side 1 had only one Lamm-only song.

Hold On – Cetera closes out side one with another rocker. It’s got some similar DNA to Chicago VIII’s “Hideaway,” buttressed with yet more horns and another fiery guitar solo by Pinnick. It’s still got a lot of Cetera singing all the parts (rather than having Lamm sing backup), but in a rougher song, it’s a bit more palatable.


Doin’ Business – Side 2 opens with a song that is the sister song to Manipulation. It is an up-tempo Lamm-sung tune talking about all the bad stuff about the music business. The similarities between the two songs might’ve been the reason Doin’ Business was left off the record, but there is lots to love. Lamm is on his game with a powerful vocal. The horns are in your face. Pinnick cuts loose yet again with a great solo, but it’s Cetera’s bass playing that really is the surprise. Well, not for long-time fans who knew what he did on the early albums. By the late 70s, Cetera had gradually softened his bass playing. Not here.

Where Did the Lovin’ Go? – Another Cetera ballad, but only the second one on the album and first of the new side 2. The trend of very soft openings that lead into louder sections continues here, but the brass help this song from being just a copycat of Song for You.

I’d Rather Be Rich – Lamm comes back with a tongue-in-cheek song with a riff and tempo reminiscent of Chicago 13’s “Reruns.” Pinnick’s guitar work, unadorned with distortion, fits right into that 1979-1980 guitar sound. Even the brass get an extended break.

Birthday Boy – This is a song that barely made my version of the album. But if we’re being truthful to the time period, Cetera was ascendant while Lamm and Pankow were not as prominent as they had been. But hey: I kicked off Upon Arrival. The lyrics are not great, the keyboard sound is a carbon copy from Where Did The Lovin’ Go, but the brass and Pinnick’s guitar keep this from being a mailed-in song.

The American Dream – Same closer as the original, this Pankow-written, Cetera-sung tune could be brought out on tour in 2018 and most of the lyrics would still apply. More brass goodness, and saxophonist Walt Parazaider gets to bring out his bari sax which is always a good thing.

Soldier of Fortune – Of the two never-before-heard bonus songs, this is the better one. You get Lamm singing over his electric piano, tasteful brass hits, and a particularly fun acoustic guitar solo from Pinnick. In truth, Lamm could have remastered this song for his 2003 solo album Subtlety and Passion and it would have easily fit on that album’s groove. With a 10-song limit, Soldier of Fortune shows up as a b-side of the first single, Thunder and Lightning.


Live It Up – As great as it was to hear a ‘brand new’ Cetera/Chicago song in 2003 and despite some smooth brass, it’s more of a fun curiosity than anything else. I could cheat and put it as the B-side of the second single, Song for You, but I’m still gonna leave it off. Again, Cetera’s bass playing is really well done. Why didn’t he do more of this?

Upon Arrival – The original second track, it is about as far away from Manipulation as you can get. Cetera is in full-ballad mode here. That’s not the problem. The lyrics are not great. It’s like Cetera was trying to do a slice-of-life song a la “Saturday in the Park” and it doesn’t work. Again, Lamm comes in for some passages, so it’s good for a two-voice song, but ultimately I would leave it off the album. It came down to this or Birthday Boy getting the boot, and Upon Arrival lost.

So, there’s my remixed version of Chicago XIV. Again, I don’t think this would have changed the trajectory of the band, but perhaps this new arrangement creates a more balanced album.
I’d love to hear y’all’s thoughts or even give your own version of XIV. And if you haven’t heard it in awhile, go take a listen. The songs might surprise you.
at March 05, 2019
Email ThisBlogThis!Share to TwitterShare to FacebookShare to Pinterest
Labels: Chicago, Chicago XIV, Music

Inconsistent but undervalued album. You are dead on about "Manipulation," possibly their best song post-Kath. I also have a soft spot for "Birthday Boy" and "Song for You."

I just started a new subreddit for Chicago fans: