A Few Recommendations for Summer 2022

Every now and then when it comes time for me to write a Saturday post, a large, overarching one about a single topic, I realize I don’t have one. So I’m going to provide a few recommendations of things I’m listening to, watching, or reading. 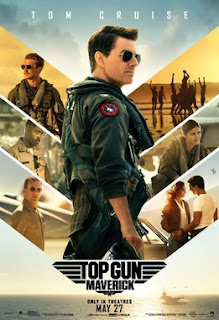 Now THIS is how to do a legacy sequel. Age up the characters in real time, address the passage of time, and provide a wonderful piece of closure with a legacy co-star. Oh, and incredible action sequences. Holy cow was this a great movie. I took my wife who didn’t necessarily want to see it but she emerged very entertained. Not as entertained as I was: now I want to see this film in IMAX.

And please tell me I’m not the only one who saw the movie and kept having to slow down the car while driving home. 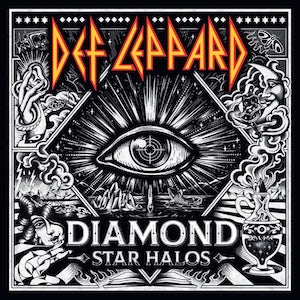 Taking a page from the legacy artist idea I wrote about a couple of weeks ago, Def Leppard released their newest album last Friday. Fifteen tracks (17 if you buy from Target) of classic rock goodness. Much like the modern band, The Struts, the Joe Elliott-led five piece band wear their influences on their sleeves, and it starts with the album title.

There’s a whimsical vibe to these songs from the opening chord progression of “Take What You Want” to open the album to the last few notes of “From Here to Eternity.” Allison Krauss lends her vocals to a pair of tunes but make no mistake: this is a rock/pop/metal album just like the band used to make in their heyday.

Lyrically, the guys know their age and acknowledge it throughout the entire record. This was an album I looked forward to ever since it was announced and boy did they deliver.

And yes, we listened to Def Leppard on the way to and from seeing Top Gun: Maverick.

The third thing released last Friday, this is a Star Wars series I’ve been eagerly anticipating since it was announced as well. In fact, I even held off reading the old Extended Universe novel.

We knew what we were going to get from the trailers: an older, wiser(?) Obi-Wan, living on Tatooine, watching over a ten-year-old Luke Skywalker. What I didn’t expect was his sister, Leia. In fact, it is her plight that propels the series.

I appreciate the slower roll, just like I did for the Mandalorian. I have zero issues with the actors on the show either (so a certain segment of the Star Wars fandom can just go home).

As big a Star Wars fan as I am, I didn’t watch the animated shows so everything in Obi-Wan Kenobi is new to me.

Oh, and so great to see Darth Vader back to being the feared force he is. But I’ll say something that might make a few of y’all look at me askance. I’m fine with James Earl Jones voicing Vader, but how about some more intense inflection, huh? I mean Vader/Anakin finally lays eyes on Kenobi after ten years and it’s like their talking over tea. The last thing Anakin yelled at Kenobi in Episode III was pure hatred. Where’s that emotion in Vader’s inflection?

No Time to Spy by Max Allan Collins and Matthew V. Clemens 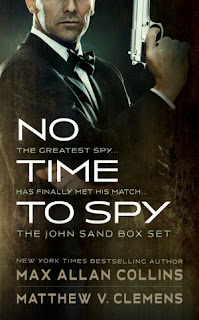 If you like James Bond, might I point you in the direction of this trilogy of book by Collins and Clemens. The premise is pure fun: the main character is John Sand, a real spy who worked with Ian Fleming and the latter author based James Bond on John Sand. Sand, now outed as a spy, marries a rich Texas oil heiress. Despite his retirement, action and adventure follow Mr. and Mrs. Sand.

While I’ve not read all three books—Come Spy With Me; Live Fast, Spy Hard; To Live and Spy in Berlin—a compilation ebook is on sale *this weekend* for only $0.99. You read that correctly: for a dollar(!), you get three novels. Seriously, it’s an impulse buy at that point.

Roll With It by Jay Stringer 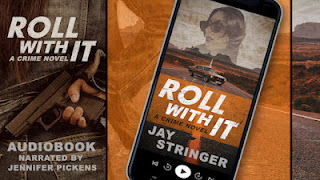 Jay Stringer broke the news that his latest novel is now available as an audiobook on Audible. As a person who primarily consumes books in that manner, this was great news.

But Jay went above and beyond and made available a few promo codes. These are US only—UK codes will be forthcoming—so if you haven’t had a chance to read his post from yesterday, head on over and see if any of those codes are still available.

Even if they’re not, the book is only 1 credit ($13.96 if you just want to buy it) so get on over to Audible and get a copy. Also, for you library folks out there, be sure to request your library to buy the book and help spread the word.