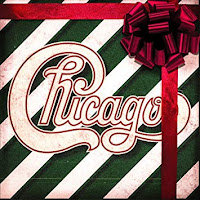 One of my greatest listening pleasures for 34 years is to listen to a new Chicago album, especially without reading the liner notes so I can guess the singer. Cracked the seal on Chicago 37 back on 13 November 2019 and was richly rewarded by a group of consummate musicians using the vocabulary and trappings of Christmas to craft a great collection of songs.

Those were the words I wrote on social media the day I first listened to this new Chicago album. I ended up listening to the new album three times that day. First time was in my car while on my morning commute. Other two times were in earbuds on my phone. Heard new things each time. Thoroughly enjoyed the experience, as I do for all new Chicago music.


But let's go ahead and address the elephant in the room: the production (or mix?) needs work. In the press release for this album, the guys mentioned how they'd practice the new tunes on the road and record in hotel rooms or on the bus. Look, I'm all for new music and if that's the way it works in 2019, fine. And I love that technology has advanced enough so this work ethic is possible.
But Chicago 36: Now didn't have this subdued quality and it was recorded in much the same way.

(Interestingly, over the month I've listened to the album, the initial sound issues I don't hear anymore. Maybe it's just repetition. Maybe I'm just used to it because when I purchased the LP yesterday--yes, I really own two versions of this album--I didn't notice the sound issue.)

So, guys in Chicago, keep making new tunes, but make sure it's the best possible sound.

All Over the World - Neil Donell lead. This song counts as the first time I've heard Donell sing other than a few YouTube clips. Again, the vocals feel deeper in the mix, but the music is good. Love the electric piano. Really digging the first two tracks as they use the vocabulary and trappings of Christmas to craft new songs. It's certainly favoring the secular aspects of the season. This is also my first exposure to the bass playing of Brett Simons. He's really good here. Last chord is really nice and mysterious, not your typical Christmas vibe. Love how the bass mirrors the melody during the chorus. And the message is one that can be shared beyond the season.

Bring My Baby Back - Donell lead. The opening is very Christmas-y, but the bass grove as the verse starts changes the mood entirely. In a good way. Horns during chorus reminds me of earlier Christmas records, especially with the high trumpet by Lee Loughnane. More sax on the outro by Herrmann. Really digging the album so far. I made most of my notes without seeing the liner notes so it's only later when I learn Nick Lane arranged the brass parts of this song. He certainly knows the Chicago sound.

Merry Christmas, I Love You (R&B) - Lou Pardini lead. The direct sequel to Chicago XXXIII's "Merry Christmas Happy Holidays." All the feels and goofy grins on first hearing this tune on the morning commute. Cowbell back in the mix, and Keith Howland's guitar work is excellent. Pardini is a wonderful addition to the band. This is a tight band of consummate musicians performing these songs. So good. The horn work in the chorus is well done and worthy of the R&B moniker. Could easily see this song make its way on the various radio stations that play Christmas music 24/7.

What the World Needs Now - Lamm lead. Okay, so my favorite thing about listening to a new Chicago album is to let it play and not read the liner notes. Really easy when the first listen was on a morning commute. When this song started and the 70s vibe kicked in, I was so there. But by the first chord change, I actually uttered a "friggin A" in the car as I grinned ear to ear. Guessed Lamm would be the one and I was right. The vibe is pure early 70s: think Marvin Gaye "What's Going On" or Miles Davis's "Maiysha." I'm not too familiar with the Carpenters but I know this tune. Lamm's voice again is way in the back, but his clear tone shines through. James Pankow's horn arrangements are tasteful and complimentary. You can actually hear all three horns. Am I the only one who would love Chicago to do a full album of Burt Bacharach songs? Chord progressions are magical. This song will find its way onto personal playlists and not just in the Christmas season.

All is Right - Lamm and Donell and Pardini. The opening with flutes is nice, almost like Chicago is doing a Bacharach song again. Lamm opens with the verses but the lead shifts to Donell for the chorus. Goose bump moment there. So, so good. Third verse is Donell. Howland's guitar is gritty behind this easy going groove, punctuated by Ramon Yslas's nice percussion work. Pardini takes the last bridge which makes this tune one of the awesome triple-vocal songs in the entire catalog. The vibe this tune reminds me of is a 1978 Christmas TV special when the band is a guest. Again, the mysterious, minor-chord ending is surprising.

Sleigh Ride [2019 version] - Donell lead. Nice groove and horn parts, but the backing vocalists doing the "ring-a-ling" thing? Icing on top of this sweet song. They absolutely make this song. Donell's vocals are so clear. Horn breaks are short and punchy. Ending sound effects are cheesy, but I'm a cheesy guy so I'm fine with it. The chimes as the song fades out is a nice touch.

I'd Do It All Again (Christmas Moon) - Pardini lead. Bossa nova complete with shuffle drumming and piano embellishments? This song had me in the first measure. Simply a gorgeous song. Pardini's voice is perfect for this kind of song, and the horns just layer themselves with him, perfectly in the pocket with tasteful accents, especially as they re-enter after the piano solo. Goose bump song. A new jazz standard for others to hear and sing? You betcha. Not sure who plays the piano solo, but man is it good. Lots of Christmas music reminds me of childhood. This is one of those tunes where the vibe is that of adults in love. This is the song you'd have playing over scenes of a movie in which the couple frolic in the snow, fall down while ice skating, and snuggle up together in an open horse-drawn wagon in Central Park. Loughnane's muted trumpet is the icing on this song. In addition--and this doesn't happen too often in Christmas songs--this is the song you can easily see being played for senior citizens, as they look back on their lives. Only two songs this year made me emotional on first listen (and sometimes subsequent listens), and this is one of them. The other: Hello Sunshine by Bruce Springsteen.

I'm Your Santa Claus - Pardini lead. Bass notes high on the fret board opening this funky song. Donell shines through in the group chorus. Man does he blend well. Pardini's piano is sprinkled throughout this song, as is Howland's rhythm guitar...until he takes a nice, crunchy solo. Even though this tune started soft, it ends as a pretty loud rock song, especially when Howland solos again, the distortion turned up. One of my favorite parts of the entire album is the group chorus on "This gift in silver and gold." Fantastic and goose bump inducing every time.

Here We Come A Caroling - Donell lead. The timbales remind me of Chicago's version of "My Favorite Things" from Chicago XXXIII. Horn break is more complex than a typical Chicago horn riff. Can really hear Herrmann's alto sax. The sound of the horns is more "alive" than many a Chicago album. By that I mean you can all but hear the room as they record their parts, much like the horn sound of CTA is. Howland's crunchy guitar solo is a nice injection of rock and roll.

Merry Christmas, I Love You (Ballad version) - The piano intro make this song come across like a ballad from the American Songbook, circa 1958. You know what marks a good song? The ability for it to be re-imagined and still ring true. In every Christmas season, the early part of my listening is always exciting because I get to hear this wonderful music after an eleven-month absence. I play all the happy, fun songs there. But in the final week, as Christmas Day grows near, I get a little somber and reflective. This version fits squarely in this latter pocket. Herrmann's sax solo is excellent. Gave me a Stan Getz vibe. The bells mirroring Donell's vocals at the close? Perfect. As the official end of the album, it is so good.

Maybe it's my age (I'm fifty-one), maybe it's the more melancholy vibe to some of the songs, but Chicago Christmas 2019 hit me squarely in my heart. The holidays always are emotional, running the gamut from nostalgia of childhood to the more mature emotions of being a parent. Somehow, this collection of songs captures that spirit in an unexpected way.

For the past twenty-one years, I have counted Chicago 25 as one of my favorite all-time Chicago albums. The reissued version--2003's What's It Gonna Be Santa--is always the first thing I break out every single Christmas season. Chicago XXXIII: O Christmas Three was a wonderful addition.

Now comes Chicago: Christmas 2019 out of nowhere, filled with original songs and excellent music, by one of my two favorite bands of all time, that made the 2019 Christmas season so much better. Ever since June, I told everybody my favorite album of 2019 was already released. That would be Bruce Springsteen's excellent album, Western Stars. Well, while "Hello Sunshine" is still my favorite song, Chicago: Christmas 2019 is my favorite album of the year.
at December 23, 2019
Email ThisBlogThis!Share to TwitterShare to FacebookShare to Pinterest
Labels: Chicago, Christmas