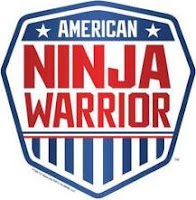 If you want to kick off your week with some fist-pumping joy complete with inspirational backstories, there is no better place than American Ninja Warrior on NBC.

My Path to ANW


I'll admit something here that'll give a bit of insight into why I enjoy this show so much: back in the day, I dug American Gladiator. In that old show, amateur athletes would compete against professional ones on the obstacle course.

But ANW is actually a better show, for one reason: each individual amateur ninja who competes is competing against himself or herself. Yes, it's a competition show in which the top finishers move on and a winner is crowned, but fundamentally, it's about one person against a series of obstacles. Will he or won't he? Can she do it or can't she? And that's what separates this show apart from most every reality/competition show I know. It's now appointment television for me. Heck, I've even got my wife watching it with me.

Camaraderie Among the Contestants


We are now in season 11. Over the years, certain competitors have returned year after year, gaining a following and their own fan base. But here's the irony: I only know the names of a few of them. The rest I can recognize, but I'm always searching for their names.

Drew Dreschel is one I know by name and sight. Dude makes it look so easy. On Monday's city finals in Atlanta, he finished the course in a little over three minutes. Some folks don't get halfway in three minutes. There's Jesse Graff, a stunt woman who has worked on the Wonder Woman movie and who used to wear super-hero themed outfits during her runs. A few weeks ago, a forty-two year old mom, Sandy Zimmerman, became the first mother to complete an ANW course. And Daniel Gil, a local guy, who always does well.

The major contestants travel to the various cities and cheer on their friends and newcomers.

And therein lies the magic of this show.

The Cheering Makes You Smile


You'll never hear a 'boo' in this show. You'll never see one competitor who has finished with a certain time root against another contestant to lose. Even the hosts--Matt Iseman and the every excitable Akbar Gbaja-Biamila*--cheer on the contestants. There are chants of "Beat that wall!" as the athletes face either a 15-foot or an 18-foot wall. Often a competitor's family and friends will don special t-shirts featuring the competitor's tagline or nickname.

And yes, there are the feel-good backstory vignettes that talk about a sick parent or ill wife or a child who needs a kidney. That's what I love about this show. It makes you feel good. It gets your blood pumping when they overcome an obstacle or wince if they face-plant into a pad.

Because for most of these athletes, just getting to the starting line is the victory. Whatever they do on the course is gravy. You get to see triumph on their faces no matter the outcome.

There's a spirit about this show that I look forward to every week and every summer. It is the perfect way to spend a couple hours ever week of the summer filling your bucket with rays of hope and excitement.

And boy do I want to give it a try!