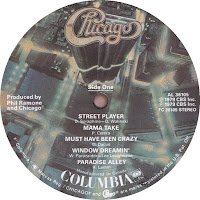 I did something on Saturday I haven’t done in a long time.

Early in the day, my son and I went record and CD shopping at a couple of places in Houston. First stop was Cactus Music. With the advent of downloadable music at the same time as a vinyl resurgence, this might be the best music store in Houston now. Rows and rows of CDs in the main room and even more albums in the next rooms. Books, posters, box sets, paraphernalia, Cactus has it all. Plus live music.

It also has a section devoted exclusively to CD versions of old FM radio broadcasts. Remember when that was thing? For those too young to recall, certain concerts would be broadcast on the radio. It was how I first heard David Bowie live in 1984. There were literally about ten concerts I wanted to buy. I ended up purchasing David Bowie and Nine Inch Nails in October 1995. This was the tour I missed…and now I have it.

But that wasn’t the neat thing.

Later, we drove on up to Vinyl Edge in the Heights. The name of the store tells you all you need to know. It’s a record store, old, new, vintage. They’ve got a lot. Including crates and crates of unpriced, uncategorized records. All you have to do is flip through them. I ended up with Billy Joel’s 52nd Street and a wild card, off-the-cuff selection of Paul Williams’ Here Comes Inspiration. Why? Have no clue. Might be part of the upcoming 40th anniversary of The Muppet Movie and the Williams-penned classic “The Rainbow Connection.”

The other record I bought was Chicago 13. By my estimation, this is the fourth time I’ve bought this record, but the first on vinyl. This record is also forty years old this August. There are some good cuts on this record and I’ll write more about it in August.

I found myself alone at the house. The boy was at work and the wife was with her sister. All the dishes were washed and the lawn and leaves were taken care of. So I put the record on the turntable and sat and listened to the record. I did nothing else other than sit, listen, and read the lyrics and liner notes.

And it was refreshing.

With our iPhones and iPods—heck, ever since the Walkman—we have been able to hear music while doing something else. I have been doing it since I got my first Walkman over thirty years ago. But before that, you were chained to a turntable in your room. And you absorbed the music and words together.

I really enjoyed the experience of just listening, and I plan on doing it more.
at March 04, 2019
Email ThisBlogThis!Share to TwitterShare to FacebookShare to Pinterest
Labels: Chicago, Houston, Houston music, Music, Vinyl