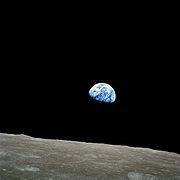 Like I do every morning, I checked the historic happenings as posted by the New York Times. Here is today's listing. A lot of bad stuff happened throughout history on this day. But a look at the list of birthdays reminds you that a lot of good happened, also.

What makes today more special than most is that it's my birthday. Like Patrick Shawn Bagley, I, too, turn 40. With my birthday at the end of the year (and the end of a decade), I honestly forget sometimes how old I am. But when the anniversaries of 1968 start rolling around, I get constant reminders. None more so than this year when the 40th anniversaries of the tragedies of 1968 fall throughout the calendar. From the Tet Offensive in January to MLK's death (and the DC riots) in April to RFK's death in June to the Democratic convention in August, I always wondered what my parents must have thought back in 1968 as they looked at the global landscape and knew they were bringing a child into a world that seemed turned upside down. My own son was born in 2001 and I confess to similar thoughts seven years ago. In a world gone so crazy that terrorist fly planes into buildings, why in the hell are we bringing new life into this world?

But, then, my wife and I looked at our son and we knew it was all going to be okay. Yeah, the world could certainly go crazy at times. But it always has and it always will. I suspect my parents had similar thoughts back in 1968. You see, for every instance of horror on the Earth, there is an instance of joy. Children bring joy to our lives, as I brought to my parents forty years ago.

By the end of December 1968, there was another instance of hope. Apollo 8 astronauts became the first humans to circle the moon and see our world from a distance. "Earthrise" became one of the most iconic images ever taken. It made us all realize that we live on a fragile little bubble. The only real tragedy we can avoid is the one we make. We can't stop a meteor hurtling at us. But we can stop the hurt we inflict on each other. Earthrise is a reminder of our fragility and proof (by the mere fact that it was taken in a spaceship built by humans) that we have the power to help each other.

Another reminder is a newborn's face. It's so pure it makes your heart burst beyond its cells. It makes you want to change the world. It makes you want to shout to the world "I am a mom!" "I am a dad!" I had those feelings and, I bet, my parents did, too.
at December 06, 2008
Email ThisBlogThis!Share to TwitterShare to FacebookShare to Pinterest
Labels: History

Happy birthday. I sure wish I were 40 again!