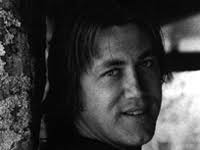 Forty years ago today, founding member of Chicago, guitarist, Terry Kath, died, and, arguably, the band was never the same.

I wasn’t aware of whom Kath was four decades ago—heck, I’d never heard of the band back then—but I know him now. I was one of those 80s kids who discovered Chicago with ‘17’ and wondered why in the world the band would name their album with that number. “Oh, you mean there are sixteen other albums? Cool!” Little by little, album by album, I collected their complete discography and learned that the band’s sound in 1985 was markedly different than the sound in their first (introductory) years of the  late 60s and early 70s. Two things stood out: the horns, specifically the intricacy of the arrangements, and the guitar player. In those pre-internet days, I can’t remember how I learned about Kath’s tenure and his untimely death, but I did. In the late 80s, we had Bill Champlin filling in the soulful vocals and DaWayne Bailey doing 80s guitar fireworks with the best of them. But over time, when all the songs and the history permeated my mind and memory, one thing became clear: Terry Kath was irreplaceable.

The older I’ve become, the more I gravitate to the Columbia-era material, namely the first eleven albums. Chicago had a sound with Kath leading the band that hasn’t been replicated in the four decades of his absence. If you watch any of those early shows—specifically Tanglewood 1970 in total and "25 or 6 to 4" specifically—you will see a band hungry, on fire, being led by one of the best rock guitarists ever. That was Chicago: raw talent honed to scratchy perfection over the band’s first decade of existence.

I completely admire and respect the band’s difficult navigation through five decades of music. Few bands reach that longevity. They deserve our applause. If they had packed it in after Kath’s death, it would have taken me a lot longer to discover them, but discover them I would have. I’m a sax player and I gravitate to horn rock bands.

They are one of my two favorite bands of all time. I will always love them and their music. I love Robert Lamm’s smooth vocals and politically charged lyrics, giving the early band its brain and conscious. I love Peter Cetera’s McCartney-esque bass playing and his high tenor voice, giving the band a Beatles-eque vibe. I love Danny Serephine’s spectacularly complex drumming, giving the band its beating heart. I love the combined sound of the triple horn section—Jimmy Pankow’s trombone (and terrific songwriting); Lee Loughnane’s trumpet; and Walt Parazaider’s saxophones—for being the fourth ‘voice’ in the band and proving you can be cool to be a horn player.

And I love Terry Kath’s contributions. He wrote the band’s mission statement song (and my favorite Chicago song) “Introduction.” His soulful voice blended well into the cachophony of sound coming out of our speakers. His reckless and relentless spirit drove the band to experiment and push the envelope of what a ‘rock band with horns’ could be. And his guitar playing is almost second to none (I’ll objectively give Hendrix the edge), giving the band a hard edge they needed to stand out in a crowded musical field. 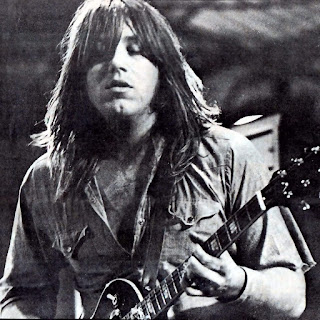 Most of all, however, I love that Terry Kath was the soul of Chicago.  A soul that was shattered forty years ago today. The surviving members have done their best to collect the pieces and forge them back together—mostly to smashing success—but there will always be a part missing that cannot be replaced.

But we have the music, and we’ll have it forever. Kath said it best himself in “Introduction,” the opening song from the first album.

If you haven't seen it yet, you absolutely must view The Terry Kath Experience, a documentary made by his daughter, Michelle Sinclair.

Here is my personal list of favorite Terry Kath songs, including vocals, guitar work, and songwriting. What are yours?

Introduction
Poem 58
Liberation
The Road (as writer)
In the Country
Colour My World
25 or 6 to 4
It Better End Soon (all three, especially on Live at Carnegie Hall)
Sing a Mean Tune Kid
Now That You’ve Gone
Dialogue
Alma Mater
A Song for Richard and His Friends
What’s This World Comin’ To?
Aire
Italian from New York
Byblos
Woman Don’t Want to Love Me (guitar!)
Oh, Thank You Great Spirit
Once or Twice
Mississippi Delta City Blues
Takin’ it on Uptown
This Time (guitar!)
Little One (his last, poignant vocals)
at January 23, 2018
Email ThisBlogThis!Share to TwitterShare to FacebookShare to Pinterest
Labels: Blog, Chicago, Music, Terry Kath

"Hour In the Shower" is another fantastic one Terry did. Thanks *so* much for writing him up on your blog in memory of his death 40 years ago. It's so pleasing to know of someone who found and loved his sound long after he'd left us. I retweeted your tweet about him on my Twitter account.